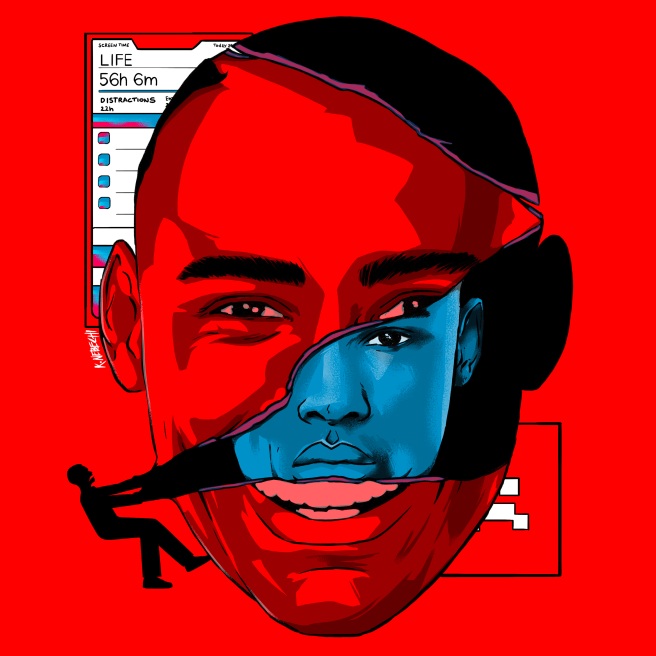 March 2020 – “I’m done bro, I’m spent,” a close friend from work said to me. “I hear you man; I genuinely don’t think I’ve ever been this tired or overworked…well, ever really.” The world had gone into shutdown and investment banks were kicked into overdrive. Global markets were collapsing, and clients desperately tried to get their portfolios in shape making work busier than ever. The atmosphere was thick with uncertainty and fatigue. Colleagues wore anxiety on their face like war paint and carried heavy set bags under their eyes after long gruelling days. Whispers of redundancies were floating around the building like fairy dust and hushed conversations over coffee in the kitchen corners spread unfounded rumours like a school playground.

It was the end of the day and we were taking the sombre stroll to the tube station having a familiar conversation of the corporate struggle and wondering if it was all worth it. “I don’t know if I can keep doing this man, I’m spent.” I muttered as I looked up at my mate. “Yo, should we go for a walk?” He proposed. “I need to grab some food anyway – might as well just catch up for a bit.” We took a detour from the tube station and just caught up. We spoke about work, home, life and our worries. We advised on each other’s problems and made suggestions on what we’d do differently, offering solutions and plans of action. We laughed as we recalled stories of lofty managers blowing their lids and pumped each other up by reminding ourselves of our wins of the week.

As we wrapped up our conversation and walked our separate ways, oblivious to the fact that we’d spent an hour shooting the shit, there was a renewed bounce in my step. I had a lighter feeling on my shoulders and the puff was put back in my chest. The conversation had somehow reconfirmed things were okay and re-instilled the sense I used to have; the sense that I could take on anything. I smiled as I pushed my earphones in and strolled into the evening, telling myself, “I’ve got this…”

Today – Being overworked, mentally drained and generally knackered is a toxic combination. It can cloud rational thought and cause you to doubt everything you’re doing whilst you mourn everything you’re not doing at the same time. Yet, that combination is the exact intersection of how I feel sometimes. Nothing hits harder or makes you more frustrated and anxious than the realisation that you’re exhausted from working five 13-hour days in a row and haven’t worked on your side hustle in a week. You tell yourself you’ll work on it through the weekend but you’re just as likely to wake up in the middle of a Saturday to texts from mates asking you ‘what the motive is’ that evening. And if the motive goes ahead, you’ll end up spending Sunday recovering. Sometimes, you’ll write the weekend off in its entirety, doing nothing apart from staying in bed and actively avoiding everyone. I have this conversation with countless people, where we’ll talk about how we get past these feelings, and how we manage to get everything done without burning out. I often wonder whether being born and raised in London pushed me to be hyper productive, not by choice but because there’s no alternative. You MUST do well here, or you’ll struggle. Other times I wonder (without being ungrateful) if being a Londoner is a curse. The city can consume and push you to dark places. It can turn people inward, hurried and ugly. Go anywhere north of the M25 and you’ll find people are different, friendlier, more welcoming, and less burdened by the exuberant traps of the big city. There isn’t any one answer, but if left unchecked, these feelings can fall into a dangerous spiral of overthinking and self-doubt causing physical and mental issues. I’ve found that there are two main things I can do that can both help deal with and put these feelings into perspective.

The first and most real thing I can push is to tell your employer (whether that be through someone or doing it yourself) if you feel overburdened or burnt out. I used to and still struggle with this, mainly because of my insecurities as a young, black man. It may sound irresponsible, but as a male in general, do you ever want to be the guy that didn’t have enough stamina to do the job? Do you really want to be the guy other people have to step up for because you’re at home chilling? Aside from that, being in the minority at the office or having something that you feel conscious about can magnify this in a big way. Whether it’s being black, or a woman, being pregnant or having a physical or mental condition; you’re already self-conscious about being in the building, and now you’re conscious about having to be out of it. Despite those being difficult feelings to deal with, it’s important to overcome them and prioritise your well-being before work. Now you may feel like that’s hollow advice and that you genuinely can’t take time off for fear of losing your job. If so, figure out a plan to sort it out by first addressing your manager and if needed, finding a more accommodating job / industry for you. Your long-term health and wellbeing shouldn’t be compromised for a pay cheque.

Before going into the second point there’s an important point to note. Growing up I had a typically narrow and toxic view about the struggle of people who had a different background to myself. “Ah, it’s not that deep,” I would say. “Them lot have got money though. Those guys are just soft.” I naively equated money to mental stability because I was broke and unstable. I made the struggle exclusive to myself and like most working-class people, tried my best to bury my frustrations where no one could find them. I didn’t understand that the challenge of keeping mentally strong can apply to the privileged, non-privileged and everyone in between. I work with and have friends who have money and have come from money, and some of them are fucked. Their ability to process stress and adversity at times seems non-existent, and as a result, they end up going through hell for what from the outside, seem like routine life issues. Despite their privilege, I sympathise with them as much as anyone else. Now in an ideal world, the stigma of mental health issues wouldn’t disproportionately affect the working class as it does the privileged. However, like the point of this blog, the idea is to begin to demystify untruths across different types of people to try and get on the same page of how to solve our issues.

That brings me nicely on to my second point and summary here. Communication. The simple act of talking to someone else about what you’re going through is priceless. Now I wouldn’t recommend you just spill your life story to the first person you meet at the bus stop, but friends, trusted colleagues and therapists can all provide really effective outlets to vent. For someone who’s fairly private (I run an anonymous blog!) who grew up harbouring a natural distrust of people, I can’t tell you how different my life has become as I’ve grown my network and shared frustrations with individuals of different backgrounds. You’ll be surprised how much you have in common with people, and fascinated by their different approaches and perspectives when dealing with things. I’ve learnt to never underestimate the sense of catharsis I feel when just talking to someone at the end of a long day, week, or on the odd occasion, when things are getting too much. Give it a try, you might find it helps more than you imagined.